skip to main | skip to sidebar

me stake on Bandcamp 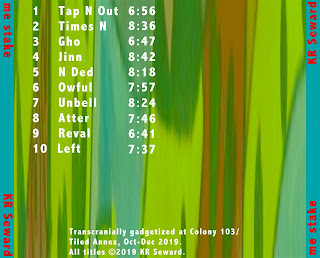 Posted this noise memoirish essay on the Electronic Cottage site.

As its many hyperlinks may take you back here or hereabouts, the point really is to tie in what's already in plain sight here with the many other voices and stories awaiting at EC. 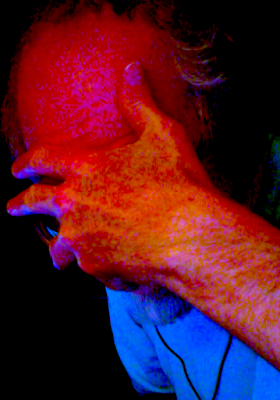 Created, recorded in layers between cassette decks circa February 1988 in the Comm Ave Adjacency. All tracks © 1984-1988 Kevin R. Seward. As dubbed from ancient mixtape, edited in Audacity.

And now, too many words:

With an old but cool and handy Arp brand mixing board borrowed from a bandmate, with its built in analog delay and a grey guitar compressor pedal on pretty much everything, these recordings were built up passing take after take from stereo cassette deck to another at mostly +3 to 5 dB recording levels. It was a crazy, mucked together pop version of what I’d been doing circa Bengal Burlap with a couple of cheesier cassette recorders (the best of which was a cassette boombox and it just got nuttier and more make-do from there). Drum machine, bass, guitar, layers of voice, stray lines of sax and penny whistles and I dunno maybe jingling keys, these were grandly shmushed together pop recordings.

And about this time I was rather young-ish and headlong in love with someone with whom I thought I’d be sharing love forever. Or at least for the rest of my life. As my actual clinical functioning heart has outlived all such intoxicating abstraction, seemed a waste not to impose these old crazed bits of pop whatnot on the world at large. (I would here solemnly pause to caution the young and/or impressionable, but who ever reads these notes much less takes them at face value.) And so impose I do.

There are, in theory, more of these sorts of things. There were before leading into this. The recording of “Veteran’s Day” (on Winter Palace, as released on Bandcamp—along with the original, perhaps definitive dub of “Music And Candlelight”) is very much a fine precursor. Later pop is over the top in other ways. Something else of the in-between might come out eventually.

But this vintage will always be as special as a certain sunny day one basks in for weeks and months and years afterward. Because it was a certain sunny day. Or as much so as bucket brigade delay, stomp box compression and piled on layers of buried-in-the-red cassette recording would allow. Not really so bright, perhaps oddly dark and squeezed together.

And a caution to young and old and in-between to be not so erstwhile. Ever.

But again I speak much as the long ago Chaucer did (with some niggling differences in circumstance & talent), recanting way too late.

Return of the noisy improv video.
Posted by K. R. Seward at 1:11 PM No comments:

Again with the noisy improv video.
Posted by K. R. Seward at 2:05 PM No comments:

We Count is now on Bandcamp 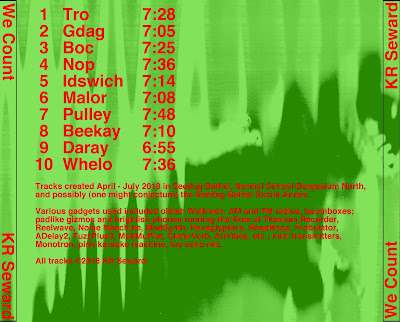 Indeed, return of the noisy improv video.
Posted by K. R. Seward at 6:57 PM No comments:

Yes, again with the noisy improv video.
Posted by K. R. Seward at 8:44 PM No comments:

Return of the noisy improv video.
Posted by K. R. Seward at 6:59 PM No comments:

Plenty of songs, instrumentals & noise. Plus some field recordings . . .

To find where a specific title's posted, try the search blog function up top or the kwik index below.

the author of Grunt Grunt Pig